Last week, Governor Bill Walker announced that Alaska would be expanding Medicaid. (Click here to read more about the announcement from the Commonwealth Fund). Additionally, the Montana legislature passed legislation earlier this year to expand Medicaid and that proposal, which would require waiver approval from CMS, is currently awaiting CMS approval. This brings the total to 30 states plus the District of Columbia which have expanded Medicaid. A great graphic from the Kaiser Family Foundation (below) shows the current status of all the states. 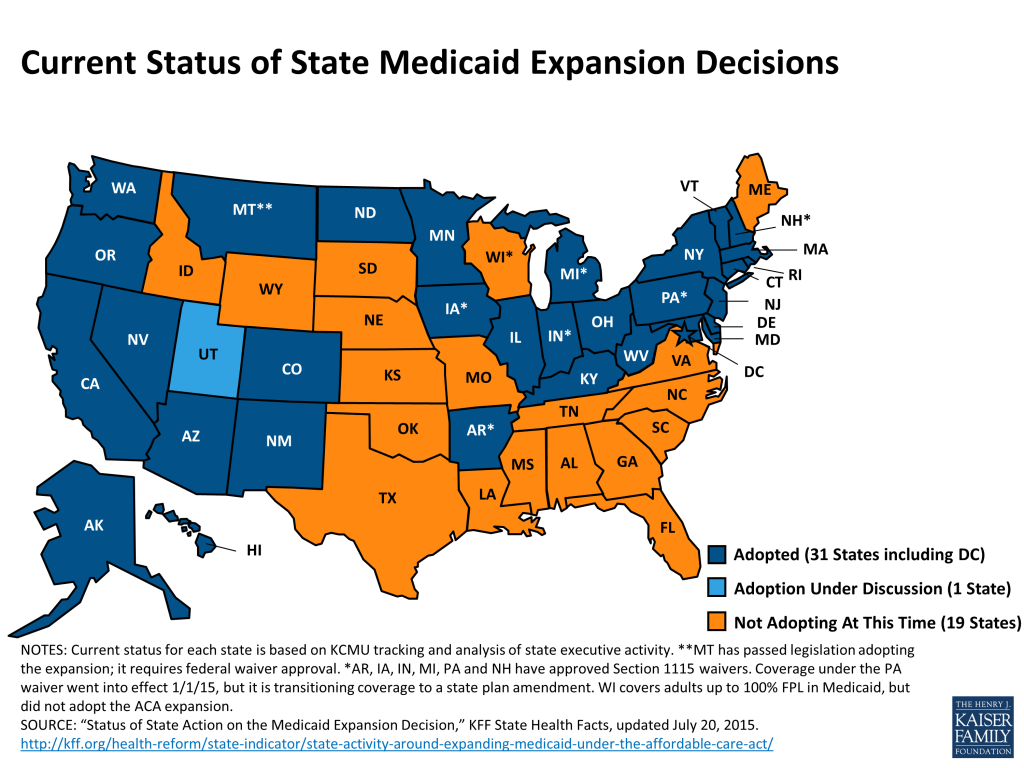 We're one month into Open Enrollment! For those of you planning to keep your existing coverage, make … END_OF_DOCUMENT_TOKEN_TO_BE_REPLACED