You are here: Home / News / Medicaid Expansion Coming to 3 States

As a result of yesterday’s election, Medicaid expansion appears to be coming to three states. Voters in Idaho, Nebraska and Utah all approved ballot initiatives that require the state to expand their Medicaid programs as allowed by the Affordable Care Act. In addition, two states elected governors who campaigned on expanding Medicaid: Kansas & Wisconsin. To read more about the effect that the election has had on Medicaid expansion, check out the post from the Kaiser Family Foundation. Election results for the three ballot initiatives can be found at the states’ websites: 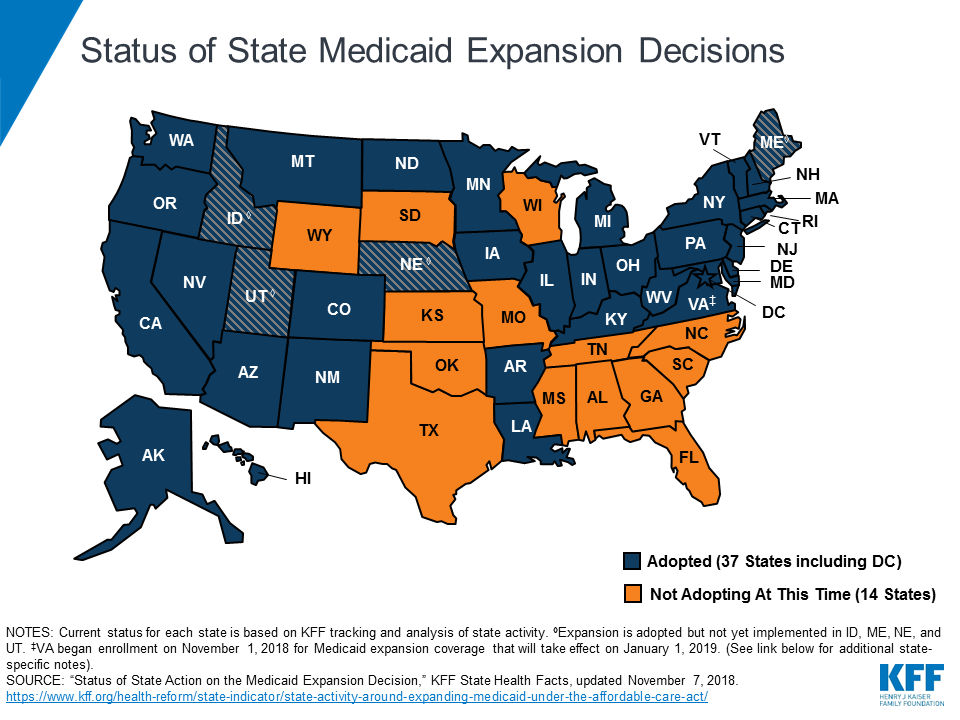 The Medicaid continuous coverage requirement will end on April 1 at which point, many may find … END_OF_DOCUMENT_TOKEN_TO_BE_REPLACED

PHE ENDING IN MAY Earlier this week, the Biden Administration announced that the Public Health … END_OF_DOCUMENT_TOKEN_TO_BE_REPLACED