Yesterday, CMS released the final rule for the 2023 Notice of Benefit and Payment Parameters (NBPP). The NBPP is the regulatory framework which CMS uses to operate the federally facilitated marketplace (healthcare.gov). To learn more about the 2023 NBPP, check out the following links from CMS:

April is Medicaid Awareness Month and throughout the month, we have been highlighting the importance that Medicaid plays in the lives of people with disabilities. As part of Medicaid Awareness Month, we updated our Medicaid Social Media Toolkit. The toolkit provides sample social media posts as well as graphics and relevant hashtags which can be combined to promote the importance of the Medicaid program and how important it is for people with disabilities. You can read more about it in our news item.

This week, CMS also released the latest Medicaid enrollment numbers. As of January 2022, there are 86,953,387 people enrolled in Medicaid and CHIP which is an increase of 1,139,671 since the prior CMS report. To read more, check out CMS’s Medicaid enrollment snapshot.

As part of our partnership with Community Catalyst, we have a project which highlights opportunities for people with disabilities to get access to health coverage through Medicaid or the ACA marketplace. As part of this project, we have resources you need to help with outreach including graphics like the one below which highlight the importance Medicaid plays in covering children. These graphics are available in the Community Catalyst Outreach Hub. 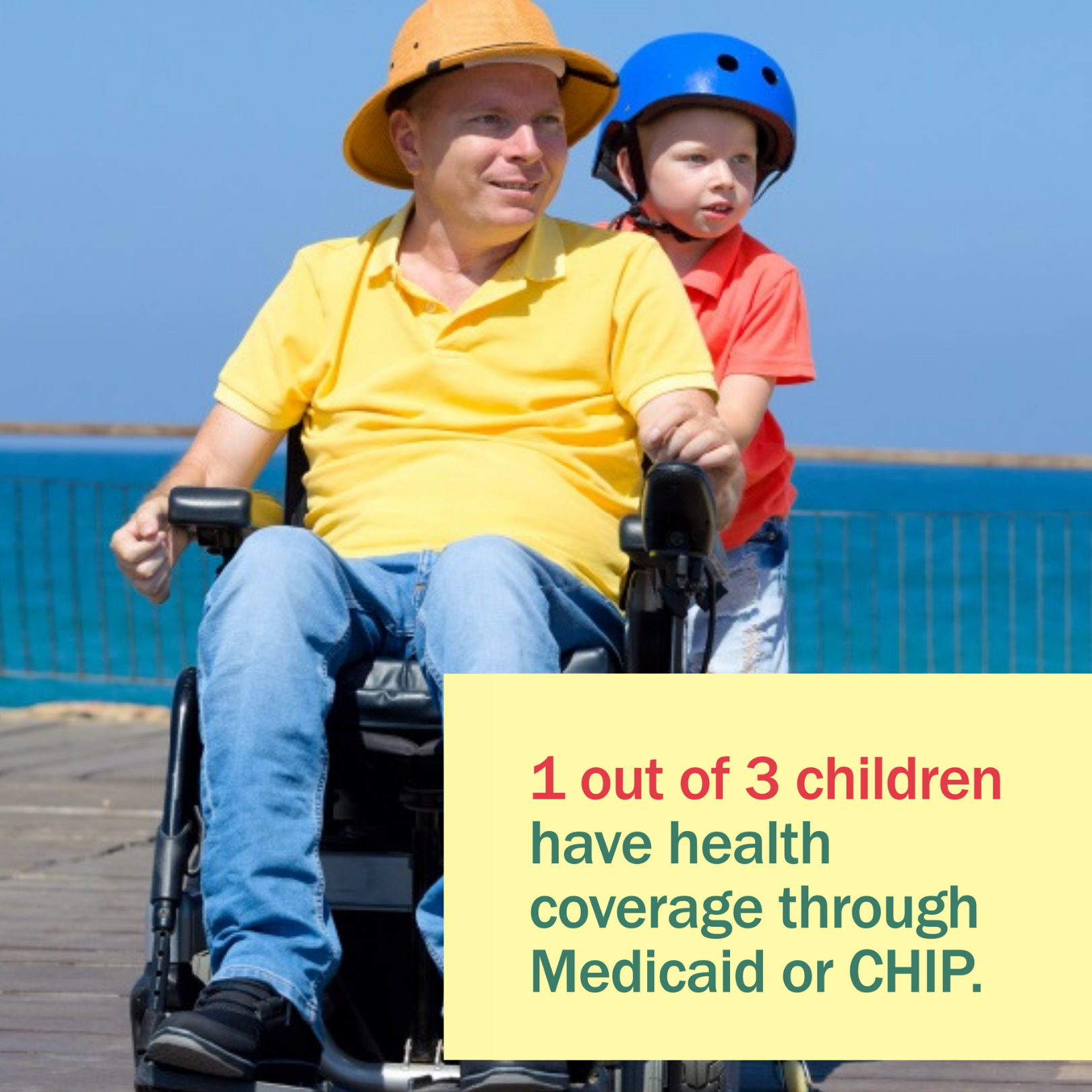 Previously, we reported on the fact that the Biden Administration released a proposed rule which would address the so-called “family glitch”. The “family glitch” issue arises when one family member has an offer of insurance through their employer which prevents the remaining family members to be eligible for premium tax credits under the ACA. The Kaiser Family Foundation released a new report which looks at this issue in greater detail. Additionally, a new blog post by Health Affairs highlights the proposed rules and some of the recent publications (including the Kaiser report) on the issue.

Recently, CMS released proposed rules on simplifying enrollment for Medicare. The stated purpose of these proposed rules would be to reduce barriers to coverage and expand access. To learn more about the proposed rules, check out the CMS press release or fact sheet.

Previously, we have reported on the extension of the COVID public health emergency (check out our news item for more info). Earlier this month, CMS hosted a webinar on data reporting during the unwinding. This webinar has now been archived so you can view the recording or slide deck.

The Commonwealth Fund also released a report on what the end of the public health emergency means for Medicaid beneficiaries.