April is Medicaid Awareness Month and throughout the month, we are highlighting the importance that Medicaid plays in the lives of people with disabilities. To help promote the importance of the Medicaid program, AAHD has updated its Medicaid Social Media Toolkit.

The toolkit provides sample social media posts as well as graphics and relevant hashtags which can be combined to promote the importance of the Medicaid program and how important it is for people with disabilities. You can read more about it in our news item. The entire toolkit can also be downloaded in a zip drive.

For more information about what we’re doing to highlight the Medicaid program, check out last week’s news item.

As part of our partnership with Community Catalyst, we have a project which highlights opportunities for people with disabilities to get access to health coverage through Medicaid or the ACA marketplace. As part of this project, we have resources you need to help with outreach including graphics like the one below which highlight the benefits of Medicaid. These graphics are available in the Community Catalyst Outreach Hub. 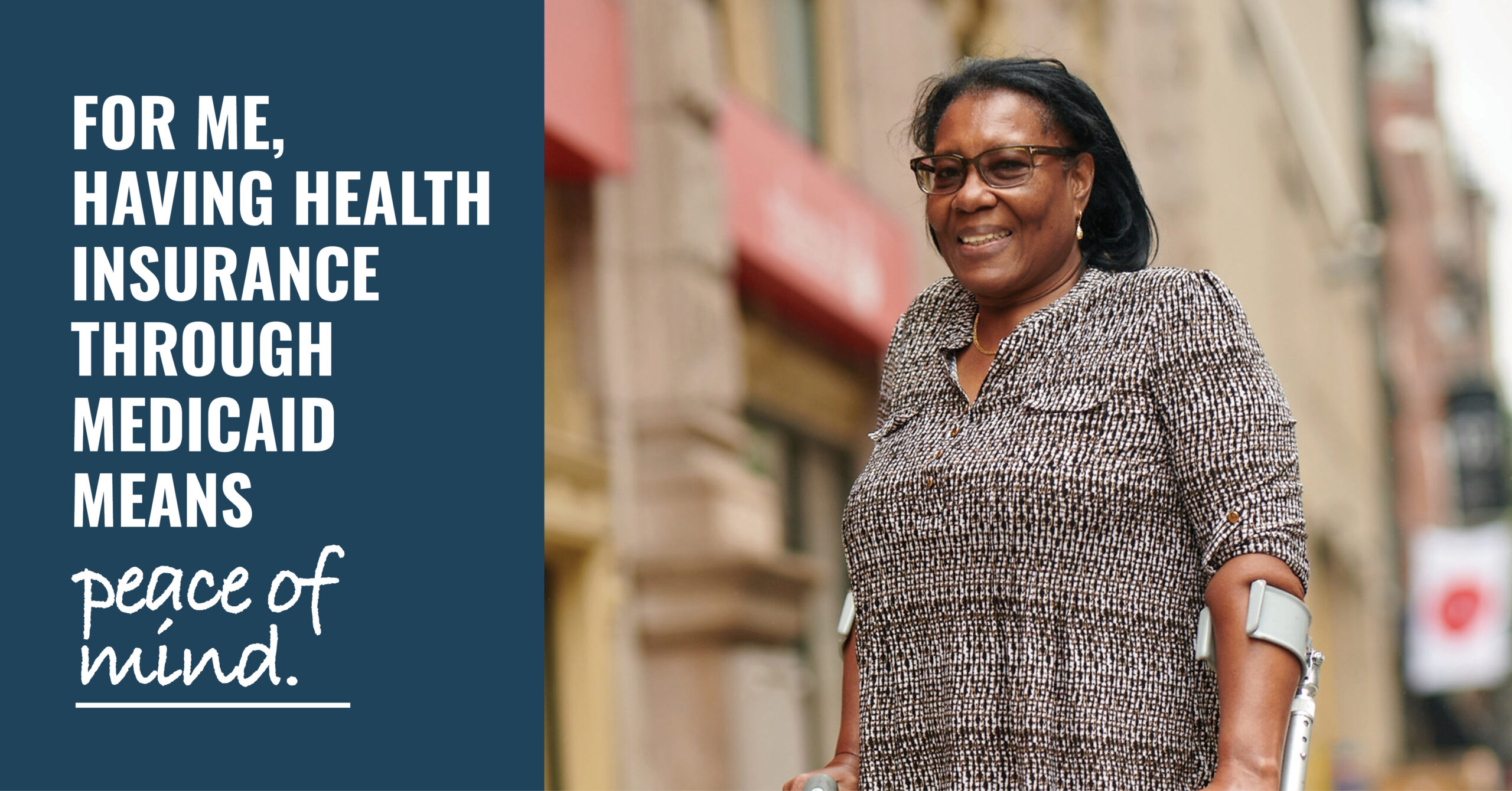 For Medicaid Awareness Month, the Protect Our Care Coalition has a website with lots of helpful information and resources.

We had previously covered the upcoming Medicaid redeterminations which will be done by states once the public health emergency (PHE) expires. Last month, CMS released guidance to the states on how they can start the process of conducting these redeterminations. This week, the Administration for Community Living (ACL) released a fact sheet on preparing for these changes once the PHE expires.

This week, the Biden Administration announced proposed rules that would fix the so-called “family glitch”. This issue affects those families who are ineligible for premium tax credits due to the fact that one of the family members has an offer of coverage from an employer, but the employer-based coverage is unaffordable for the whole family. The White House has released a fact sheet which summarizes the proposed rule. You can also read more about these proposed rules in the latest blog post from Health Affairs. Comments to the proposed rules are due June 6.

A few states are considering adding public options for health care coverage and a recent blog post by the Georgetown University Center on Health Insurance Reforms (CHIR) reviews some of these proposals.

This month, we’ve been running a series of live interviews with members of the disability community to learn how they make the most of their insurance coverage. The series has covered a variety of topics as follows:

Last month, we celebrated the 12-year anniversary of the Affordable Care Act (ACA) being signed into law. To celebrate the anniversary, we released a new blog post which highlights what the ACA means for people with disabilities.

The Medicaid continuous coverage requirement will end on April 1 at which point, many may find … END_OF_DOCUMENT_TOKEN_TO_BE_REPLACED

PHE ENDING IN MAY Earlier this week, the Biden Administration announced that the Public Health … END_OF_DOCUMENT_TOKEN_TO_BE_REPLACED